One Man Band With A Looper Pedal 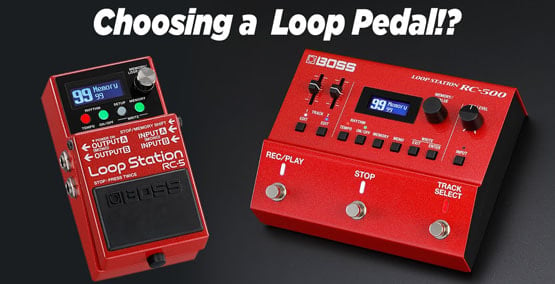 You don’t need a large band or a lot of space to start producing high-quality music. With a few basic pieces of gear, you’ll be able to become a one-man band. Here are the basics that you need to know to get started.​

Getting The Right Equipment

If you are ready to start a one-man band, you will need to get some equipment first. It’s best to start with a musical instrument that you can play proficiently. The guitar is a great choice, as it’s known for its versatility, allowing you to create a huge range of tones.
The next thing you need is a looper pedal. As we’ll discuss later, this will allow you to build complex melodies. There are a few things that you should look for when you are choosing a looper pedal. First, you should consider the number of loops you can perform. It’s also a good idea to look at the type of effects that come with the pedal. For example, you might want to have the ability to play the sound in reverse. If you want more tips on what you should be looking for, check out this buying guide for the best looper pedals.
Since you will be building loops, it’s a good idea to have effects pedals that can change the tone of the guitar, for a slightly different sound each time. For example, you might want to have an octave pedal. This will take the guitar up or down an octave. If you are using an electric guitar, you might want to use overdrive or distortion effects. Sometimes, the looper pedal might come with some of these built-in.
When building loops, it’s best to use pedals, rather than having to change dials. It will allow you to make the changes faster, for a seamless performance.
You'll need a high-quality microphone if you plan on recording any of your songs. You might also want to get some soundproofing to build a home recording studio. Finally, you’ll need the software to edit your performance.
​

Now that you have the basic equipment, it’s time to start putting everything together and making your own music. To do this, you will need to be able to create a guitar loop.
First, you will need to create a base track. This should be the basic melody that will carry through the song. It doesn’t need to be long, just a couple of notes. This can be the equivalent of a rhythm guitar, allowing you to play a solo live.
​Then, it’s time to add the percussive section. If you are playing an acoustic guitar, you can tap on the top or sides. Another option is to do a muted string strum. This can replicate the effect of a snare drum.
This should be the base layer you can use to form the track. ​From there, you can strum over the top, adding more complexity and depth to the song.

The most important element of learning a new skill, though, is having plenty of practice. It can take a while to get used to the basics of building a loop. Once you know how to build strong loops, the sky is the limit.​

There is no reason why you need to have a whole band to create beautiful songs. A simple looper pedal can give a solo performer enough complexity to perform as a one-man band. So, try one of these devices for yourself to see how it can help you make a more dynamic performance.