AC/DC: THE TRUE STORY BEHIND THE JACK

That time when AC/DC got gonorrhea 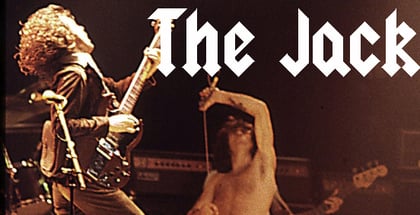 Many of AC/DC’s fans will have noticed that in their concerts, the Young brothers’ band uses a different text for their The Jack, a song extracted from the Australian version of T.N.T..
The “Jack” in the title, as declared by the band members, is Australian slang for gonorrhea (clap), a sexually transmitted disease that Angus and company had to deal with at the beginning of their careers.
Immediately after the release of their first album, High Voltage, in 1974, they all went to live together in Melbourne, first at the Octagone Hotel, then in a house in Lansdowne Road, near the red light district.
Shortly after the house was filled with all types, ashtrays and people going around in their underwear, therefore becoming object of the police’s attention.  However, as soon as the agents realized that the tenants were just young musicians interested only in getting into girls’ pants, they stopped making visits.  In fact, as Malcolm recalls in an old interview with Sylvie Simmons: “The prostitutes got to know us. A lot of them would come around – all sorts of women would show up because we were young and in a band. [...] There’d be a knock on the door at three in the morning and a bunch of waitresses just off work would be there with bottles of booze, a bag of dope and everything else.”
The girls were very “friendly” with the band and would often have sex after concerts, particularly with Bon, but also with Mark and Phil,  who were better looking than the two Young brothers.  All of this went on without protection, since AIDS was not yet heard of.
It was in the wake of these nocturnal rampages and democratically shared women that The Jack came about.
In an interview with rock journalist Murray Engleheart, Malcolm Young recalls that he was playing with Bon when he got a note from a girl who accused him of giving her gonorrhea: “We were having a sing-along with the guitars and I got this note from this chick in Melboume accusing me of giving her a dose of the clap or the jack, and I never had it. So I thought, ‘Hang on a minute, this chick’s fucking given it to me then, if anything!’”  He gave the note to Bon and began playing the blues.  In that moment the singer, who was still laughing about what had just happened, began teasing Malcolm by singing along: “She’s got the Jack, She’s got the Jack...” 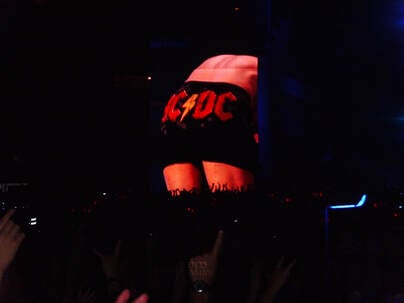 A few days later, when all seemed forgotten, during the band rehearsals, Bon Scott started singing the same verses again to the tune of slow blues and the song began to take shape.
However, the origin of the song seems to be a little different according to what Bon reported in an interview with Sounds in 1976.  Since the band’s singer saw prostitutes in that period, he got gonorrhea.  Although he knew he was infected, one day in the Melbourne house, he had unprotected sex with a girl.  Immediately after this girl had sex with Phil, who was in the next room, involuntarily giving him gonorrhea too.  A few days later Phil got a request for compensation for the girl’s medical expenses because she thought he had given her the disease.
Therefore it isn’t clear who infected who, but what is certain is that some if not all the members of the band, due to sharing sexual partners, got gonorrhea and that the girls involved were indicated by Bon, one by one, during a concert, while he sang the chorus of The Jack.
The original version of the song, which is still sung in live events, has a very explicit text and for radiophonic reasons it was sugarcoated in the T.N.T version. Bon Scott skillfully used a play on words to make the audience think that the song was about a poker game, concluding that in the end the card he got was the jack and everyone got the Royal Flush.
The result is one of the most successful live events in which the girls in the audience, incited today by Brian Johnson, take off their t-shirts and bras and remain topless, allowing Angus to go crazy and do a striptease, at the end of which he pulls down his trousers to show his bum cheeks.  He did it for the first time at the Bondi Lifesaver Pub in Sydney and still does it today after over forty years; the only difference is that on that day he wore nothing under his trousers but today he wears a pair of boxers with AD DC written on them. ​ ​
Antonio Calvosa