Are Fender Stratocasters still made in the USA? 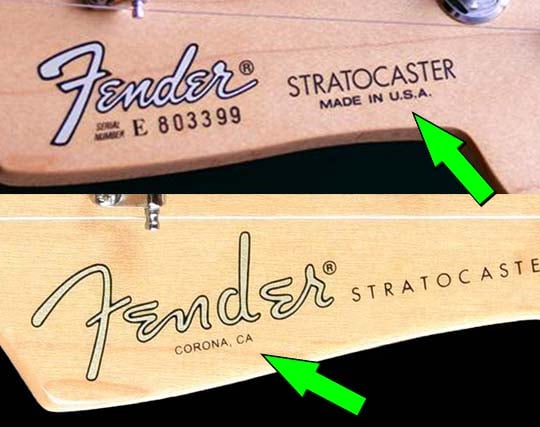 In 1985 Bill Schultz and some investors bought Fender from CBS. One of the most important challenges of the new Fender Musical Instruments Corporation was to build a better Stratocaster. Not a reissue, not a cost-cutter, not an import guitar, just a basic U.S. Strat. To make sure no one missed the point, the new instrument would be called “American Standard” and would have a “MADE IN U.S.A.” decal on headstock.
The American Standard Stratocaster was unveiled at the January 1987 NAMM Show. Since then, other modern US Stratocasters were introduced and they all sported the same decal - the Plus, the Hot Rodded, the American Deluxe, just to name a few.

The “Made in U.S.A.” label regulation

Where my US Stratocaster was made?

​Alder grows from Southeast Alaska to Central California and almost always within 125 miles of the Pacific Coast. Ash comes from North America (Canada and the United States) and the Mississippi delta region of the United States. Maple is native to the hardwood forests of eastern Canada and eastern United States, whilst rosewood comes from India or Madagascar.
And things get more complicated when we consider hardware, too. The first American Standard series, the Hot Rodded series, the first and the second American Deluxe series featured tuning machines made in Germany by Schaller. But, in early 2000s, Fender started to use tuners made in Taiwan by Ping for the American Series and the third American Deluxe Series (and therefore American Elite and American Ultra series, too) – also Mexican Stratocasters and Highway One, American Special and American Performer models featured Taiwanese tuning machines by Ping, but cheaper than those used on top-of-the-line US guitars. Vintage, American Vintage and American Original Stratocasters were equipped with Japanese vintage-style tuning machines by Gotoh.
American Standard, Professional, Deluxe and Ultra Stratocasters were equipped with US bridges, Vintage, American Vintage and American Original guitars featured bridges made in Japan by Gotoh, while the US entry-level models and Mexican guitars were equipped with bridges made in Taiwan by Ping.
CTS pots are manufactured in Taiwan by Ping, whilst capacitors are made either in the USA or in Taiwan.
So, now you think your US guitar is not as good as you thought because it’s not 100% made of US parts? Why are we so obsessed with where our guitars are made, does it even matter and should we even care, if the US top-of-the-line Fender guitars undoubtedly use really high-quality hardware and electronics made in Asia?

The FTC’s Made in USA Labeling Rule prohibits claims that a product was made in the United States unless:

Some part numbers and country of origin