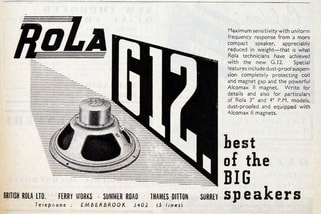 The first guitar speaker was G12 T.530. Its parent, Rola’s legendary G12, was developed in 1936 as a speaker for radio gramophones, just 10 before the British Rola acquired Celestion, therefore, it is obvious that the letter “G” in G12 doesn't stand for “guitar” as many think, but probably for “general” or “gramophone”.
The development of G12 T.530 dates back to the '50s, when Tom Jennings and Richard “Dick” Denney from Vox asked Celestion for speakers that could support the power of their amplifiers because the ones they were using, Goodmans, broke easily. However, the first G12s also suffered the same fate so Celestion began studying a new G12 suitable for Vox.
The new G12 T.530 was a 15 watt speaker, which was very high for the standards of the time, and had a diameter of 12”, an Alnico magnet and was fundamentally similar to the radio speaker CT.3757. It was also known as Vox Blue or Celestion Blue for the colour of its chassis; the cover of the magnet had a “Vox” label because it was installed on the famous Vox AC15 and AC30.  It rapidly became very popular among guitarists because, together with the new Vox tube amplifiers used by the Beatles, it contributed to the sound of British Rock in the '60s. 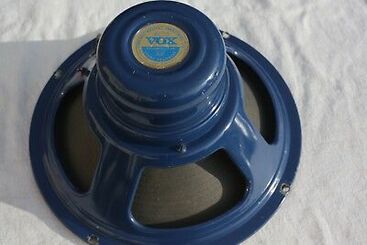 On Celestion’s log books it's possible to note that apart from the T.530, many other G12s were built, such as the T.4427 (the same as T.530 but with the “Celestion” label), the T.641 (with a silver chassis), or those widely used by Marshall, the T.650 and the T.652.
When Marshall built its first amplifiers, it also started using the G12 T.530. However, Vox prevented it because this speaker was produced for their amplifiers.  So Jim Marshall decided to use the T.652 with the silver chassis. Since he couldn’t afford the covers for the magnet, he began applying stickers with the writing: “Marshall” and his company’s address, initially in “Uxbridge Road” then in “Silverdale Road”.
If the T.530 was nicknamed Vox Blue because of its chassis colour, at the end of the '60s some Celestion G12s in Alnico were nicknamed “Bulldog” because of a sticker with this dog on it that was put on the back of the magnet. These speakers were on the Vox amplifiers distributed in the United States because the stickers were attached by the distributor, American Vox. This habit was also maintained by the new distributor, Arbiter, in the '70s. However, nobody at Vox or Celestion officially referred to these speakers with this nickname, as this sticker was also applied to other brands of speakers.
Antonio Calvosa 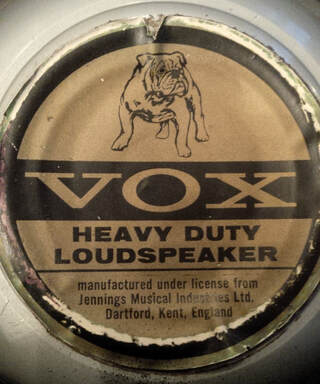