The difference between Rola and Pre-Rola speakers 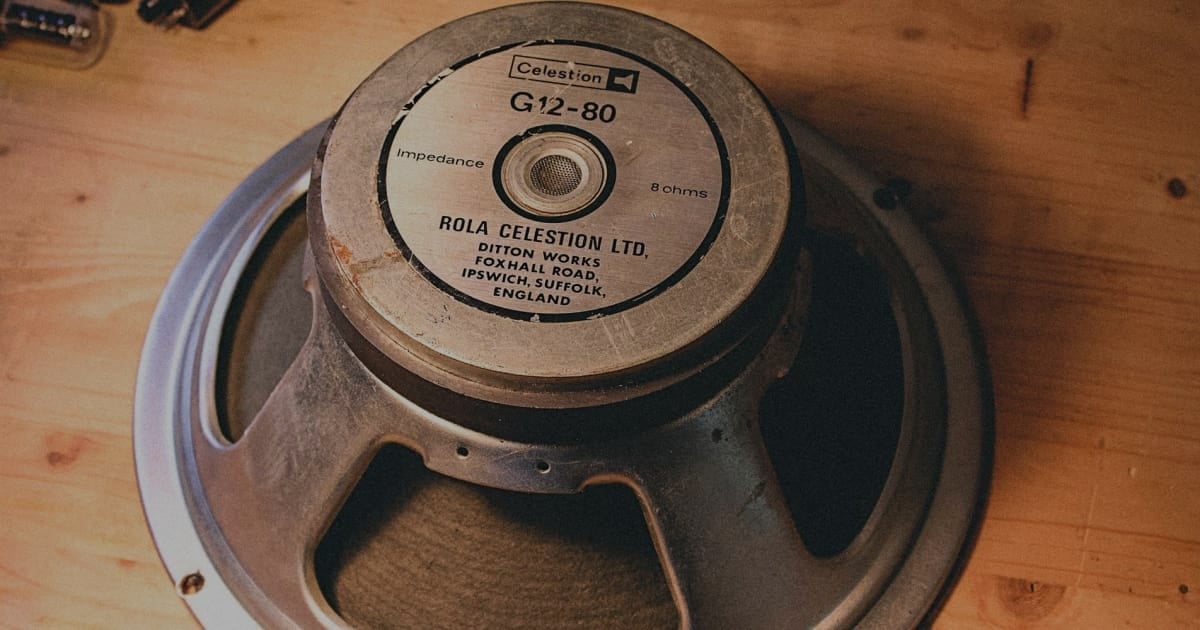 In order to decrease their costs, around mid 1964, Celestion began producing some ceramic speakers alongside the Alnico ones. They were both produced until the beginning of the '70s, when those made of Alnico went out of production (Celestion reissued them in 1993).
The ceramic G12s are probably the most successful Celestion speakers. A lot of versions were produced: some with a cover on the magnet; others had the label others didn’t; some had 75Hz “lead” cones, made for guitars, others, with “low resonance” 55Hz cones, were for the bass - although they were used by a lot of guitarists like Paul Kossoff and Jimmi Page. Furthermore, when the ceramic speakers became more common, Celestion started adding a suffix indicating the size of the magnet: G12L, G12M, G12S and G12H.
The term Greenback refers to the first ceramic speakers G12M (among which the famous T1221) and G12H (like T1281), produced between January 1966 and mid 1973 and widely used by Marshall, that had a green cover on the magnet. All the first covers were green but the first ceramic speakers didn’t have the cover.
Over the years, covers of different colours were used; grey, cream and black and their respective nicknames were Greyback (mid 1973 - mid 1974), Creamback ( mid 1974 - mid 1975) and Blackback (mid 1975 - 1981).
Often, among enthusiasts and collectors you hear the term “Rola” and “Pre-Rola” to talk about Greenbacks. But what do these terms mean? To understand them it is necessary to turn back the clock to 1947, when British Rola, who had invented the famous G12 speaker, bought Celestion and instituted Rola Celestion Limited, which sold the new speakers with the Celestion brand name. A year later, in July 1948, the Celestion factory in Kingston Upon Thames was closed and production transferred to the Rola factory in Thames Ditton. Finally in 1949 the company was bought by Truvox.
Around 1965 the production of the Greenbacks began. In 1968, Rola Celestion Ltd. inaugurated a second factory in Ipswich Suffolk, called “Ditton Works”. The factory in Thames Ditton gradually decreased its operations until its complete closure in 1975. Therefore, between 1968 and 1975, both factories were operational but the production of G12s was moved to Ipswich in 1970.
Getting back to the original question: What do “Rola” and “Pre-Rola” mean? They are just terms given exclusively by guitarists to indicate the Greenbacks produced at a specific time in a specific factory. The easiest way to recognise them was therefore to read the label on the green magnet cover.
The Pre-Rola labels have production at “Thames Ditton Surrey” written on them, and were put on all the Greenbacks produced from January 1966 to April 1971. Although the company was always Rola Celestion Ltd., the labels omitted the term “Rola”, so there was only “Celestion Ltd.” - therefore Rola didn’t take over at a later time as might be mistakenly thought).
The “Rola” labels differed from the previous ones because they indicated “Ipswich Suffolk” as the production factory as well as the full name of the company: “Celestion Rola Ltd.” Although production of the G12s had already been moved to Ipswich from 1970, the new labels appeared in April 1971, the month in which both labels could be found.
Then there are the exceptions.
In fact, there are also ceramic speakers dating back to before the Pre-Rola ones. They are even rarer and more requested by collectors. The very first ceramic G12s, dating back to mid 1964, didn’t have the typical green cover which characterised the Greenbacks, but they had a gold sticker with a red border, on the back of the magnet and black and red writing with the company name, “Rola Celestion Ltd.” They didn’t have the production at Ipswich Suffolk (like the 1971 Rola), but at Thames Ditton. They can be called “Rola Thames Ditton” or “Pre-Pre-Rola”.
Furthermore, in mid 1966, a speaker was produced that, although belonging to the “Pre-Rola” period, already had the “Rola Celestion Ltd.” label.
Finally, sporadically, between 1971 and 1975, some speakers were produced with the label “Pre-Rola”, although their time was over. These aren’t considered as true Pre-Rolas by collectors.
Therefore, in summary, a Pre-Rola speaker was a Celestion ceramic speaker produced between 1966 (or 1964-1965 if we include those without covers) and April 1971. After that, although there is the Pre-Rola label, it’s the period of the “Rola” speakers.
The reason why the Pre-Rola speakers are in such demand is because of their “Pulsonic” cones. A lot of collectors swear that their cones were produced in a factory that burnt down at the end of 1973, together with the formula for their production. The truth behind this story is unclear, but from the end of 1973 Celestion began using the new “RIC” label cones on their Greybacks and Creambacks, which were probably made by Celestion and had already been used on the first G12s. Les Ward, a Celestion employee who contributed to the development of the G12, remembers in an interview with Michael Doyle, that the Celestion produced its own cones in Thames Ditton, but because production was very slow, they began buying them from other factories. In fact, from the end of 1975, the last Creambacks and Blackbacks mounted the Kurt Mueller cones which are more aggressive than the Pulsonic ones and matched the Marshall “master volumes” well. Between May and July 1974 it was sometimes possible to find a few “98700” label cones. Since the Pulsonic cones were used until 1973, they can be found on a lot of Rola speakers.
They were available in lead (75Hz) version and low resonance (55Hz), although the Pre-Rola labels all had 75Hz on them. However, they could be distinguished by the different codes on the cones.
At first, the G12M Greenbacks’ power was rated at 20 watts and the G12H at 25 watts. Between the end of 1967 and the beginning of 1968, Celestion changed the bobbin of the speakers, increasing the wattage to 25 watt for the G12Ms and 30 watts for the G12Hs.
Antonio Calvosa