It’s an international agreement between governments that was established in 1975 to ensure that international trade in specimens of wild animals and plants does not threaten their survival in the wild. A total of 183 countries have signed the CITES treaty (including the U.S.), and are referred to as “Parties” to CITES. Every three years, those countries hold voting meetings, called conventions, to discuss and make changes to the lists of species and the regulations that are designed to protect them. The species covered by CITES are listed in three Appendices, according to the degree of protection they need.
Why did Dalbergia attract the attention of the CITES Parties? Law enforcement has recently found Dalbergia to be a major target of illegal activity — accounting for up to 35 percent of the value of worldwide seizures of illegally trafficked wild animals and plants.
Who issues the CITES permits required for commercial trade? When a species is regulated by CITES, each Party (country) designates a Management Authority to administer and enforce the CITES requirements.
In the U.S., CITES is administered under the Endangered Species Act (ESA). The U.S. Management Authority is the U.S. Fish & Wildlife Service (FWS). You can find a list of Management Authorities for each country at www.cites.org.
(Extract from Wood & Steel magazine, Winter 2017 edition)

Brazilian Rosewood has a great bass response - deep without being muddy - and bright, clear trebles. In 1965, the government of Brazil (NOT THE CITES, it didn't exist at that time) put an embargo on log-form wood leaving the country in an attempt to boost the local milling industry. Guitarmakers such as Martin [or Fender] weren't happy with the quality of the milled timber coming from Brazil, so, in 1969 [1965 for Fender], they switched to Indian rosewood. The change caused the value of guitars to go up immediately, and as early as 1970, used guitars made of Brazilian rosewood sold for more than the new guitars made of Indian rosewood. Brazilian rosewood was available throughout the '70s and '80s, but it was so expensive that guitarmakers rarely used it except for limited runs.
Then in 1992, Brazilian rosewood was added to the list of banned materials kept by CITES. Since then, the only Brazilian rosewood that could be legally imported needed a CITES document stating that the timber was cut prior to July 11, 1992.
This cut the supply of newly logged wood to zero, which drove the already high price up even further. Paradoxically, as the price rose, more Brazilian rosewood came onto the market as luthiers and wood brokers who had been hoarding wood began to cash in on their stashes. The need for CITES documentation has also led to people harvesting old Brazilian rosewood stumps - a process that was previously too expensive to be profitable.
(Extract from Acoustic Guitar - Richard Johnston, Michael Simmons, Teja Gerken, Frank Ford)​ 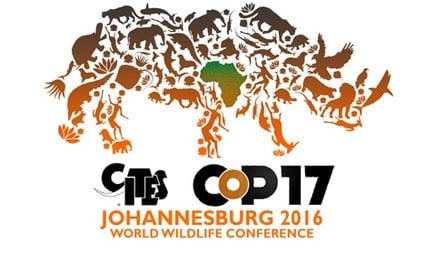 At a conference held in Johannesburg, South Africa from September 24 through October 4, 2016, the Convention on International Trade in Endangered Species of Wild Fauna and Flora (CITES) adopted a major regulation that heightens the worldwide protection of all rosewood species under the genus Dalbergia. This impacts guitars and other products made with Dalbergia rosewood, which includes East Indian rosewood, Honduran rosewood, and cocobolo (Dalbergia retusa).
The new regulations also applied to three species of bubinga. All Dalbergia rosewood species other than Brazilian rosewood (Dalbergia nigra) were regulated under CITES, Appendix II. (Brazilian rosewood is protected by even stricter CITES regulations under Appendix I).
The new rosewood regulations officially took effect on January 2, 2017. As of January 2, 2017, import or export permits were required for commercial trade across international Borders of Dalbergia in all its forms. This included raw materials, parts, and guitars with any Dalbergia part. For a guitar, this referred not only to a guitar featuring rosewood back and sides, but one that contained any Dalbergia rosewood components (such as binding, a peghead overlay, pickguard, or other rosewood Appointments). Import/export permits were needed for anyone who wanted to buy or sell internationally (whether a wood supplier, manufacturer, dealer, distributor, or consumer). The CITES Management Authority in the U.S., the U.S. Fish and Wildlife Service, had stated that this regulation was neither a ban nor a boycott of domestic trade in Dalbergia products.
For guitar manufacturers, it meant that any international shipment containing Dalbergia rosewood that arrived in the U.S. on or after the effective listing date of January 2 had to include a CITES certificate from the country it was shipped from. Typically, wood harvested prior to its listing date was considered “Pre-Convention” and might have a certificate reflecting such status.
Once the shipment arrived in the U.S. with proper CITES documentation, it could be sold and transferred without requiring additional permits as long as it stayed within domestic borders.
Rules in the European Union (EU) were similar, allowing Dalbergia guitars that have been imported legally into the EU to be sold and transferred without additional permits as long as they stayed within the EU and certain EU Territories.
For the vast majority of individual owners of guitars made with Dalbergia rosewood, the 2017 CITES regulations did not impact you at all. It would only be if you were to buy or sell a guitar with Dalbergia rosewood internationally, in which case the guitar would need proper CITES documentation for it to be sold legally.
One example was if you lived in the U.S. and wanted to sell your rosewood guitar to someone living in Canada. Before you could ship the guitar, it was necessary to apply for a re-export certificate from the U.S. Fish and Wildlife Service, pay an application fee, wait to receive the certificate, and then include it with the guitar when you ship it.
The CITES regulations aren’t meant to be overly restrictive to individual owners of rosewood products like guitars, so one helpful provision is an exemption for non-commercial shipments of Dalbergia products that weighed 10kg (about 22 pounds) or less. So, for example, if you were a musician planning to travel internationally with your rosewood guitar, or ship it, you didn't need a permit because the guitar weighs less than 10kg.
One important clarification: This exemption did not cover Brazilian rosewood. That required a re-export permit because of its higher level of CITES protection.
(Extract from Wood & Steel magazine, Winter 2017 edition)

​The CITES vote at its 18th Congress of Parties held August 18, 2019, in Geneva, Switzerland, one of the rare instances when the organization actually reduced permitting, was prompted when instrument makers and associations including NAMM, the League of American Orchestras, CAFIM, the European music industry umbrella group, the International Association of Violin and Bow Makers, and the French Musical Instrument Association lobbied CITES to dramatically reduce the permit requirements for cross-border shipments of instruments containing "common" rosewood. Global customs organizations, overburdened by the permitting requirements, also advocated for streamlining the rosewood rules.
The CITES rosewood regulations were abruptly put into place in January 2017, taking the music industry by surprise and significantly slowing global trade in guitars, woodwinds, and various stringed instruments as manufacturers scrambled to develop compliance protocols.
The rosewood regulations were prompted by concerns of over-harvesting tropical hardwood forests, spurred by the surging demand for rosewood furniture in China. However, the CITES committee was unaware of the fact that their permitting regime placed serious burdens on instrument makers and performers.
In the Summer of 2019, requests were accepted. Based on the new regulations, producers of instruments were still bound to guarantee CITES permits to import trunks, panels and veneering of uncrafted “common” rosewood. However, finished instruments, parts of instruments and accessories containing rosewood, would no longer require any CITES document in order to be shipped all over the world. Furthermore, musicians could transport their instruments across borders without the need for any type of authorization.  The fact that the music industry accounts for approximately one tenth of one percent of rosewood consumption also had some bearing.
The CITES vote in Geneva was an unalloyed victory for the music industry. All those who trade in guitars, stringed instruments, woodwinds, and even pianos (rosewood is often used in piano hammers) have been freed from a cumbersome administrative burden.
Obviously new CITES rosewood regulations did not cover Brazilian rosewood, because of its higher level of CITES protection.
(Extract from Music Trades)