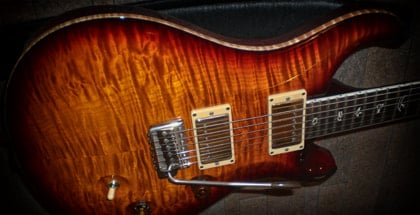 Usually all American-made Paul Reed Smith guitars, even the non-anniversary ones, have a charm and obsessive attention to detail that make them special, collectible, comfortable, with an exceptional sound on stage, beautiful and to be admired displayed on the wall at home.
But to celebrate its 25th anniversary, PRS has developed a truly unique Custom 24.
The guitar comes in a white leatherette case, on which the PRS 25th Anniversary logo stands out. Like all PRS cases, this one wraps the guitar perfectly, protecting it in the best possible way.  Nothing else but the Custom24 could fit in the guitar compartment.
Opening the case, the first thing that jumps out at you is the headstock, inclined like the other Custom 24s, which has, in this series, a truly original cocobolo cap, on which emerges an abalone inlay depicting an eagle.   Further down, the double-colored abalone bird-of-shadow dives along a smooth, dark-colored Indian rosewood fingerboard with side binding, 10" radius and supported by a solid mahogany neck.  The neck is glued deep into a one-piece mahogany body by means of a 'long heel' that in my opinion does not restrict accessibility to the last frets at all.
The body is covered with a beautiful ten top flamed maple top, which is particularly ‘three-dimensional,’ domed so as to bring out the best of the shapes with a beautiful play of reflections and with a rare smoked amber finish.  This varnish is only applied to the front of the top, leaving the natural side edge of the wood visible.  Obviously, being natural, this edging is not uniform, but irregular in coloring due to the maple grain, which makes it even more attractive.  The back of the body, the neck, and the headstock have a slight dark burgundy tint, which reveals the mahogany grain.
The PRS 14:1 Phase II low-mass locking tuners and PRS 6-bolt tremolo bridge hold tuning well and provide sustain that I did not expect for a floating bridge.
The pair of 57/08 humbuckers, which can be split into single-coils, are covered with a gold cover and surrounded by cream pickup rings.  The pickups were originally controlled by the 5-way rotary switch (which still offers interesting sound combinations), which I replaced with the classic and more convenient 3-way switch.   I replaced the original ‘Custom’ truss rod cover with one in ebony and the tremolo tip with one in Madagascar rosewood.
The volume and tone pot knobs are amber-coloured and, unlike the other Custom 24s, ‘faceted’.
PRS offers a choice of three neck profiles: wide thin, standard (or regular) and wide fat.  I excluded the thin neck because it had a bigger width at the saddle, like the fat one, and opted for the standard.
Describing the sound doesn't make much sense and isn't easy.  The split pickups or the 25.00”  'hybrid' scale are not enough to call it something between a Stratocaster and a Les Paul.  It is an extremely comfortable instrument with perfect luthiery.  It has a sound all its own and infinite sustain.  Humbuckers split into single coils (on any guitar), especially when played clean, will never match the crystal-clean sound of a Stratocaster.  It is no coincidence that its strong point is the distorted sound and the humbucker version. 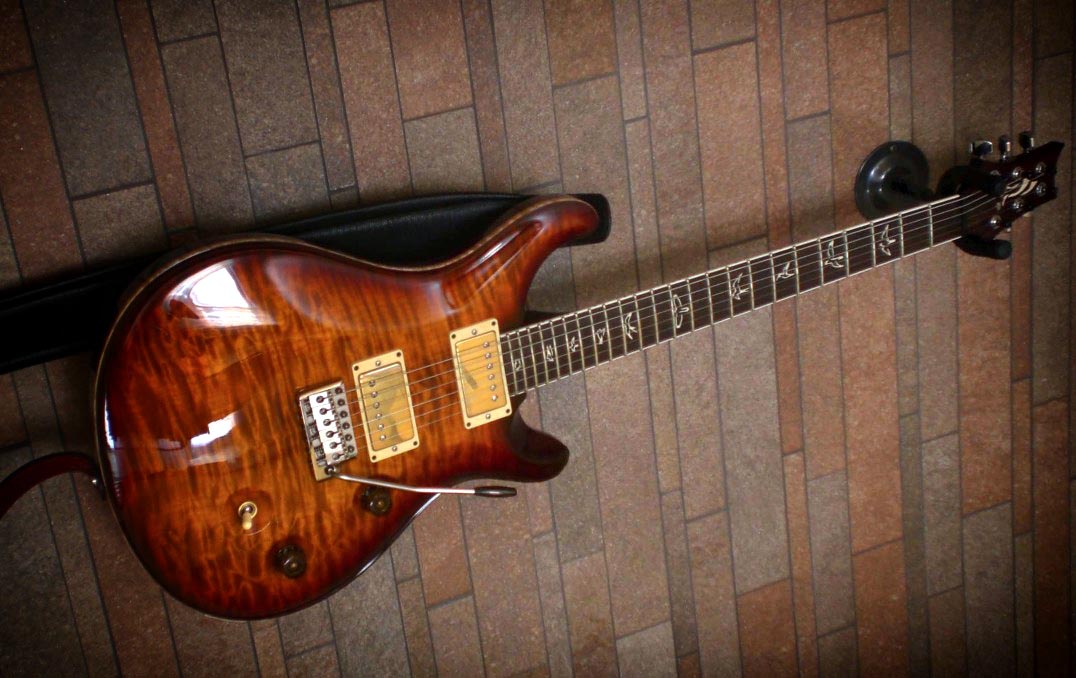 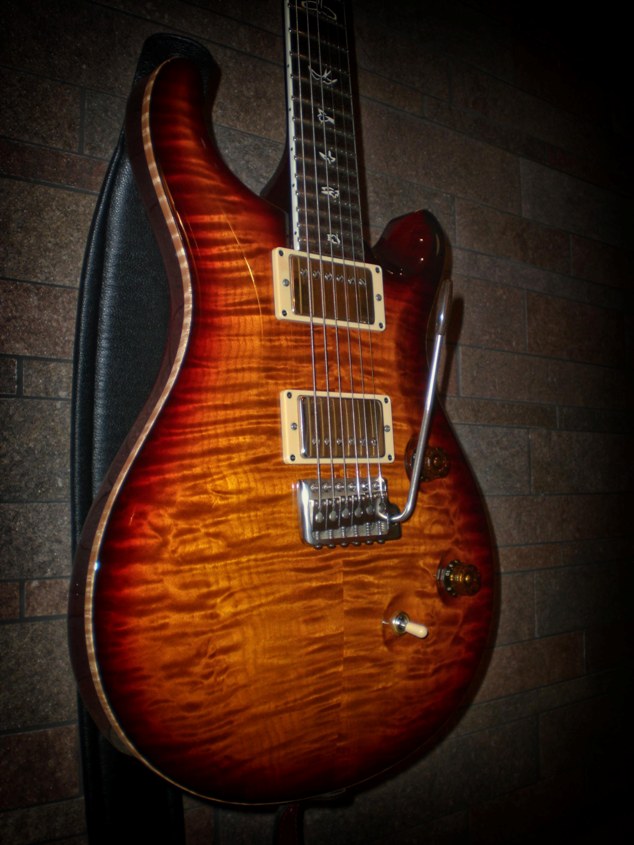 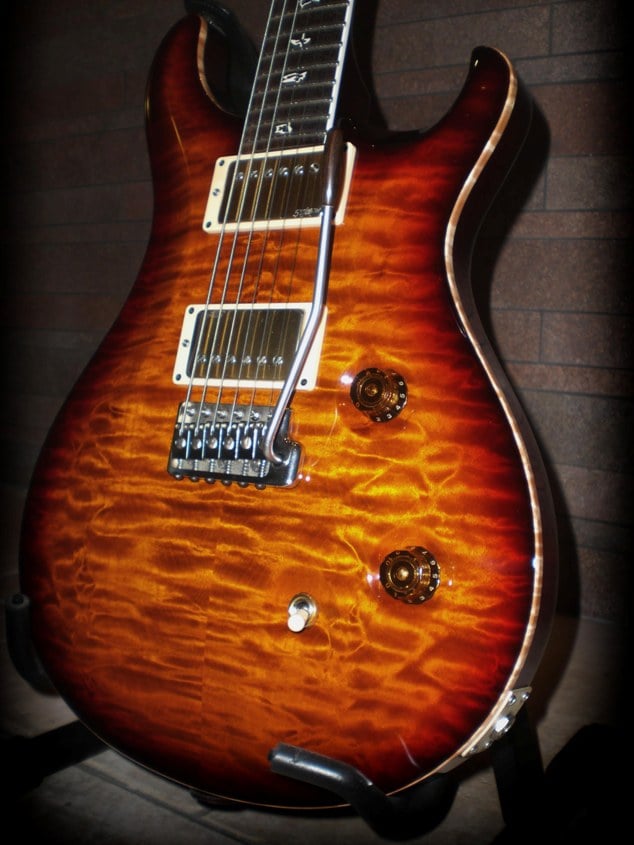 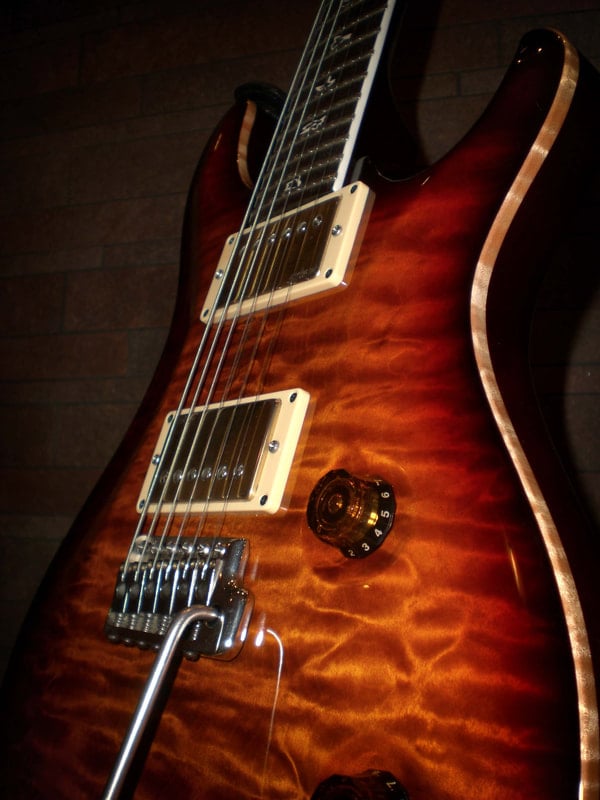 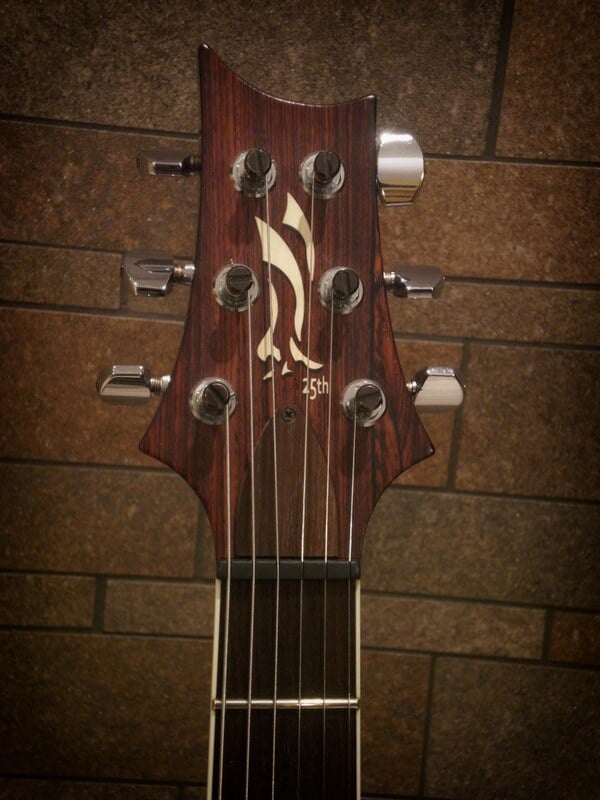 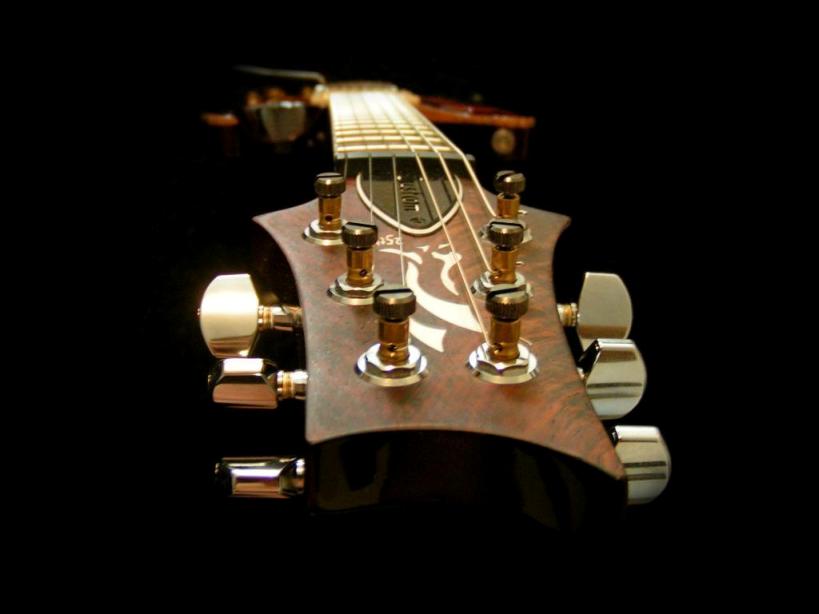 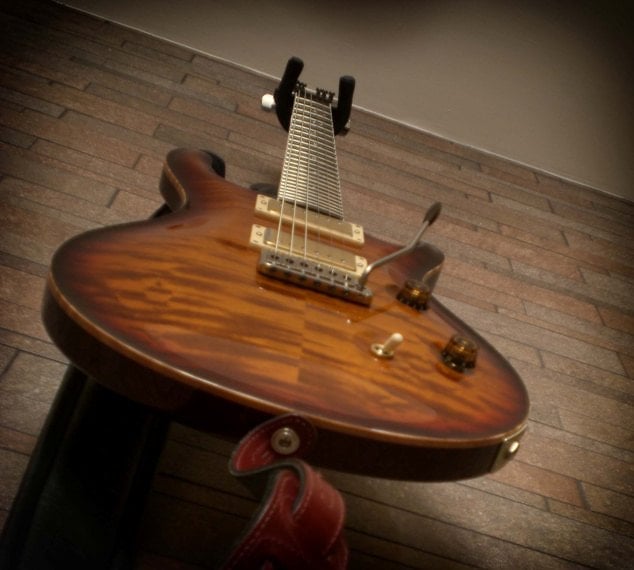