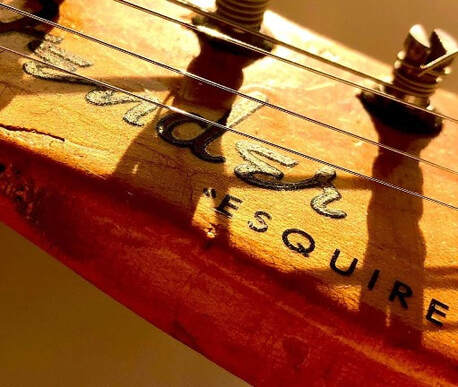 All the decals were water slide decals applied by letting them slide on the surface, so they never show a perfectly exact location on the headstock.  The Fender logo and its assorted markings are fairly good criteria to narrow down the period of issue of a Fender guitar.   However, it's important to keep in mind that changes usually happened gradually, and sometimes two types of decals overlapped.
Three main Fender logos were used:
Up to 1956 the logo was positioned between the nut and the string retainer next to the G-string tuning post.
At the beginning in 1956, when the string tree was relocated closer to the nut, next to the A-string tuning post, the logo was moved near the upper bout of the headstock.
Until 1968 the headstock decal was always applied over the finishing lacquer.
In the late '60s, when Fender started to use polyester finishes, the decals were applied before the clear coat and thus sealed under it, providing a more durable branding.  A new type of reverse decal, known as “C transfer”, which required a special solvent for its application, was used.
However, it is possible to find the Transition Logo both protected by the clear coat, and almost unchanged over time, and applied over.  This type of logo had unprotected metallic pigments, which oxidized over time becoming dark green, until they detached themselves from the subtle decal.
With the advent of the Black Logo, a small circled “R” has always been featured right behind Fender on the headstock decal.
Various patent numbers were also added on the headstock under the model's name: 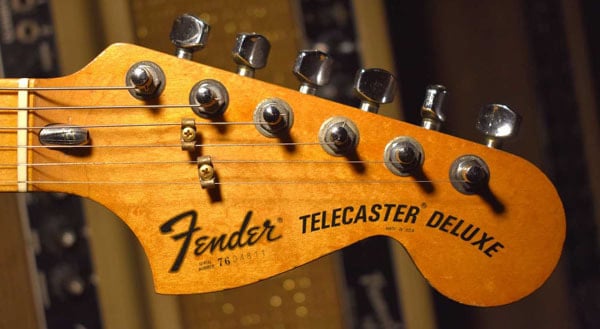