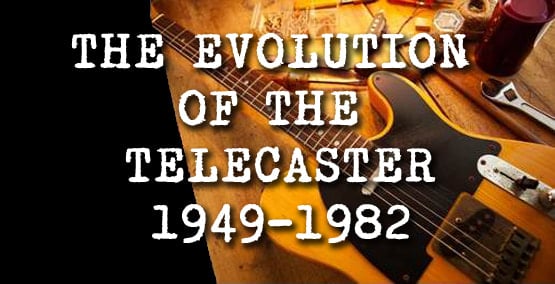 Players and collectors are aware that numerous details distinguish Esquires, Broadcasters and Telecasters throughout the years. The purpose of this chapter is to examine in greater depth how the most significant features of the first Fender guitar have evolved over the pre-CBS and CBS eras. The information provided will help to understand why Fender instruments of different periods do not feel, sound, or look the same, as well as contribute to give useful criteria for both dating and authenticating vintage Tellies.

When my vintage Telecaster was made?

Fender guitars were almost built like a kit and put together from components stored on shelves or in bins and some parts might have been fabricated many months before assembly.  Moreover, Leo Fender didn’t waste anything: if a component was left in stock, it was used.  And if a component was not available, another was found because production had to go on.  Hence, the question “When this Fender instrument was built?” is not completely appropriate and should be rephrased as “When this Fender instrument was assembled?”
Provided a Fender guitar has not been tampered with or altered, it can be successfully dated by combining the following elements:
Body date usually does not coincide with that on the neck and there is a gap of at least one, two or three months and, in few cases, this gap could be even of one year!  Pot dates can be a useful tool in dating Fender guitars, but it’s important to keep in mind that this is the date that the potentiometer was produced and they may be considerably older than the guitar itself.
Moreover, since a Fender guitar was an assembled kit, it should be considered that its components may have been replaced.  Therefore, dating a Fender instruments requires experience and sharp eye for detail.
Although neck date preceded the actual completion of an instrument by a few weeks or months they are, whenever available, it is commonly considered as point of reference for dating a Fender guitar.