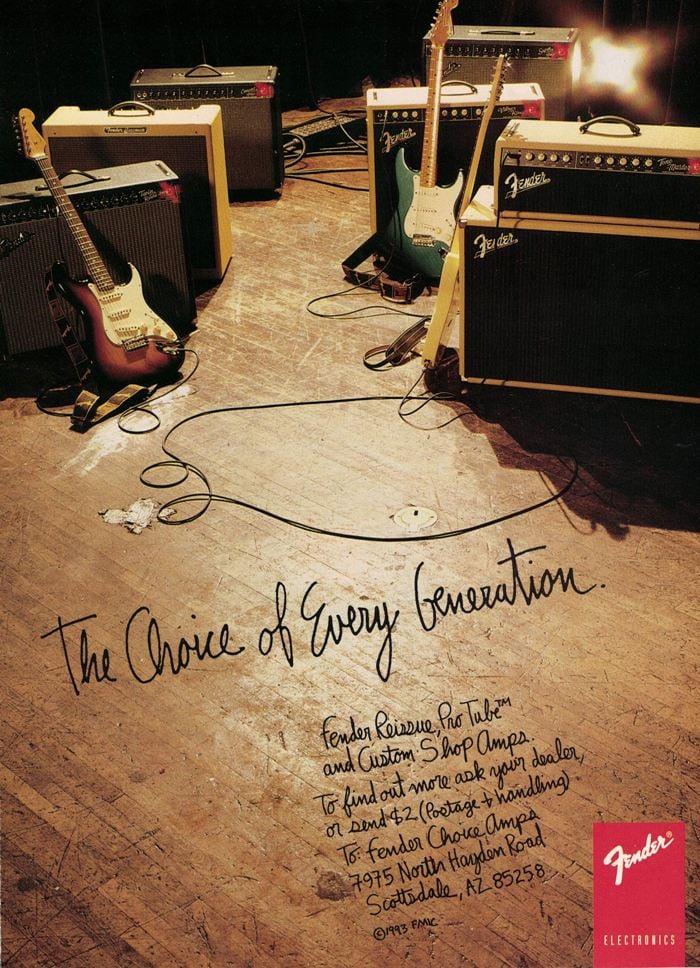 At the beginning of 2018 the American Vintage Series retired, with great disappointment of the historic Fender reissues’ many fans.
The place of the old reissues was taken by the new American Original Series, a series that combined the classic Fender design with small innovations often requested by the guitarists.  “These best-of-the-decade versions of our most iconic instruments have been updated with modern fingerboard profiles, vintage tall frets and other details to make them even more playable for the modern musician,” Fender stated on their web site.  The reasons behind this change were probably to be found in the numerous series with a vintage flavor that Fender and Squier had in their list.  If we consider the Classic Vibe an entry level series and the Time Machine the highest level of past replicas, (without forgetting the Mexican Classic Series which by now had conquered many guitarists in the middle range), it seemed clear that Fender, with the new series, was looking for something different.  A bit like the Vintage Modified in the Squier catalog, the new American Original Stratocasters were a mixture of old and new.  They weren’t year-specific, but contained the most important aspects of a decade.
As easily imaginable, the new American Original '50s Stratocaster featured an ash body and a Soft “V” maple neck, whereas the​ American Original '60s Stratocaster had an alder body and a Thick "C" maple neck with rosewood fretboard.  If, on one hand, they both had a 9.5-inch radius and vintage-tall frets for better playability, on the other the nitro finish gave a nod to the vintage lovers.
The pickups were, respectively, the Pure Vintage '59 and Pure Vintage '65 single-coils, controlled by a practical five-position selector.  Both the sets were in Alnico V, staggered poles, wax-potted and not RWRP; but while the insulating of the ’59 was Formvar, that used for the ’65 was Plain Enamel.
The different distances between the fret markers at the twelfth fret were evident in the two models, wide spacing for the '50s and narrow spacing for the '60s, and also different were the decals on the headstock, Transition Logo with patent numbers (but not vintage correct ones!) for the '60s, and Spaghetti Logo without patent number for the '50s.
Finally, the serial number, located on the neck plate and now starting with “V”, as in the American Vintage Stratocasters, symbolized the passing of the baton.