Anniversaries of the Fender Custom Shop 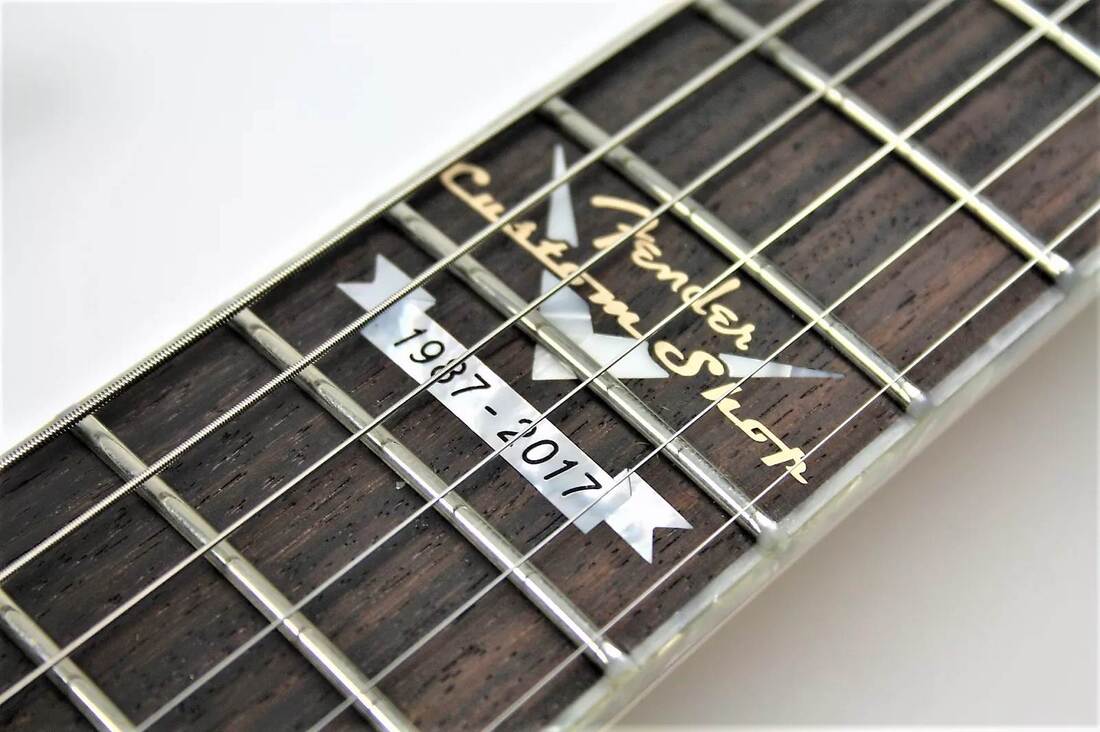 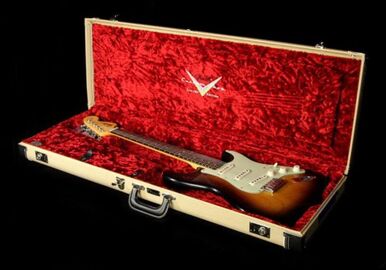 In 1995 Fender and Vince Cunetto introduced the world to Relic instruments at NAMM - including the striking  Mary Kaye Stratocaster - changing the history of electric guitars.
In 2015, 20 years later, Fender Custom Shop unveiled the 20th Anniversary Relic Stratocaster, a tribute to the guitar debuted at NAMM show, to celebrate 20 years of Fender's introduction of aged guitars.  Only 95 models were made worldwide, a tribute to the year they were first released. 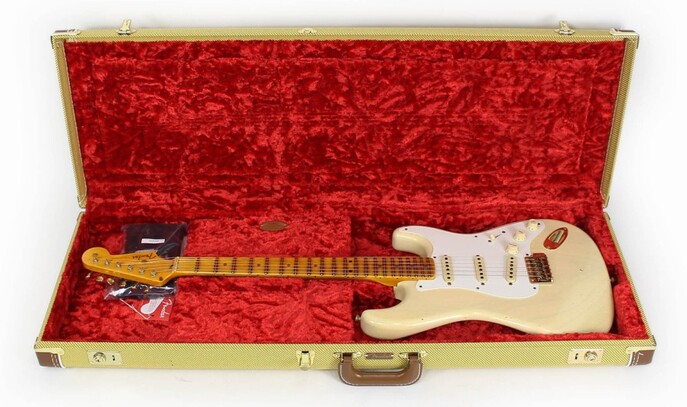 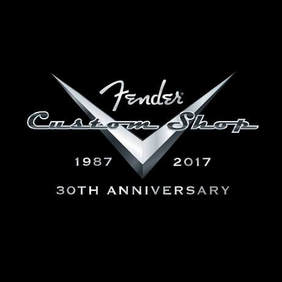 In 2017 Fender celebrated the 30th anniversary of Custom Shop by applying a commemorative decal on the back of the headstock of all the Custom Shop guitars fabricated that year.
For the occasion, some of its first master builders and artisans had been called back to design eight Founders Design guitars, one for each of them.  A tribute by Fender to the "founding fathers" who, starting from scratch, helped make the Custom Shop the "dream factory".
Only thirty units for each instrument were made, all marketed in 2017.  Every month a model was unveiled: Michael Stevens in March, John Page in April, followed by George Blanda, Fred Stuart, J.W. Black, Mark Kendrick, Alan Hamel and Gene Baker.  The California company asked each of the master builders to give free rein to their imagination to design the guitars of their dreams, with no limit: exotic woods, hand-wound custom pickups, hybrid projects, everything was allowed.  Working tirelessly in the Corona plant, this group of artists had lived, slept and breathed only guitars and bass.
“Fender Custom Shop represents the very best in Fender creativity and quality,” CEO Fender Andy Mooney said.

J.W. Black Founders Design Stratocaster (July 2017)
J.W. Black had worked for the Custom Shop from 1989 to 1999 and left Fender in 2002.  He was sure he would have nothing to do with Fender anymore, until he received the call to design a guitar to celebrate thirty years of the Custom Shop.  He was inspired by Leo Fender for his Founders Design, but wanted to add something of his own: “It's still about Leo and how he served the musician.  It's taking his greatest designs and just adding modern twists, artist input, player input, and coming up with something that honors his original concept, but brings it up to standards for the modern player.”
His Stratocaster vaguely resembles those of the '50s, but it featured an ash body with a Tobacco Burst finished figured maple top, that paired well with the golden hardware.  The bird’s eyes maple neck ended with an headstock equipped with vintage but staggered tuning machines.

J.W. Black Founders Design Stratocaster
Mark Kendrick Founders Design Stratocaster (August 2017)
Kendrick had left the Custom Shop in 2016, after working as Senior Master Builder and Quality Advisor since 1991.
His work was based on simplicity: he used to claim to seek inspiration around him and find creative ideas in the sky, sunsets and sunrises.
The Sparkle Green Burst body of his Founders Design Stratocaster, with the back and sides in transparent walnut, was inspired by the Santa Ana's low-rider Cholo culture of the '70s.  On the pickguard three Mark Kendrick OEM Strat pickups and a never-before-seen control plate that resembled one that had been made by George Fullerton for a guitar of the '50s, but had never before been seen on a Stratocaster, stood out.  It also had staggered tuning machines.

Mark Kendrick Founders Design Stratocaster
Gene Baker Founders Design “Stelecaster” (ottobre 2017)
Gene Baker had worked for the Custom Shop from 1993 to 1999, when he had left Fender to dedicate himself to his Baker Guitars USA, a company that closed in 2003.  After, he had worked for one year at the Ernie Ball/Music Man and in 2004 opened the Fine Tuned Instruments, which gave birth to the B3 Guitars brand.  While retaining ownership of the company, he had also worked, between 2009 and 2015, for the Premier Builders Guild.  In 2016 he became a partner of Roscoe Guitars.
Gene’s "Stelecaster" of the 30th anniversary was inspired by the first Stratocaster/Telecaster hybrids of Mike Bump, his former apprentice and now a key man in the Fender R&D department.
His Founders Design Strat featured a light ash body and a quartersawn maple neck with a "Telecaster-over-Stratocaster" headstock.  “When you look at the model, just about everything is the Strat and the Tele, 50/50, right up the center line - mirror images of each other when you look at it.  It looks very vintage and very familiar and friendly, although it makes you do a double-take, thinking: ‘Whoa, what is that?’,” the Master Builder explained referring to his guitar.

Master builder Dale Wilson also celebrated thirty years of the Custom Shop by making a one-off Stratocaster, a unique model presented at the 2017 NAMM.
His ​Forest Green 30th Anniversary Stratocaster was part of the Prestige Collection, which couldn’t be considered a series in strict sense because it was composed by unique or almost unique instruments made by Custom Shop master builders and represented the pinnacle of creativity of Fender handmade lutherie.  The official Prestige debut dated back to 2016 NAMM in Anaheim, California, where the Dale Wilson’s Stained Glass Tele and the Yuriy Shishkov Music Repeater Tele were unveiled.
The Forest Green 30th Anniversary Stratocaster was inspired by the first guitars of the Custom Shop which the master builder spotted when he was still a young luthier who dreamed of working for Fender.  Its ash body was covered by a quilted maple top Forest Green finish, while the flamed neck had a pearloid binding and a commemorative inlay at the twelfth fret.

It should be mentioned that in 2018 the Custom Shop also celebrated the thirty years of the Signature with some special logos.
​
Antonio Calvosa
​