CBS era and the beginning of decline 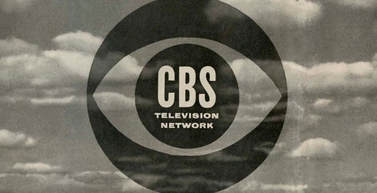 Even if CBS formally acquired the Fender on January 5, 1965, it took a little longer to see its real impact on the Stratocaster and the transition to mass production.  However, by the end of 1965, after almost a year of transition, the guitars’ shape began to change.
The so called “large headstock”, which appeared on the Stratocasters in December 1965, was one of the most striking changes made by the new ownership.  Many people thought that the purpose of the transition to the large headstock was to make the new Fender logo more evident on television.  According to Scott Zimmerman, luthier at Fender between 1977 and 1984, the new headstock was a shared idea by Freddie Tavares and Leo Fender in 1964, because they were sure that increasing mass meant increased sustain.  Then CBS bought Fender, but Freddie continued working in product development and, as per contract, Leo was kept on as a consultant.  In 1965 the large headstock was introduced, but both Leo and Freddie soon understood that it didn't bring any advantage to the sound of the guitar.  “That’s without a doubt the stupidest idea we ever came up with together,” they declared!​
The large headstock, the "bullet" truss rod and the 3-bolt neck plate typical of the CBS Era Stratocaster
​
Under CBS, the historic celluloid pickguards gave way to those in vinyl or in ABS, pearloid plastic markers replaced the unforgettable clay dots, and Indian rosewood fretboards substituted for the Brazilian ones.  The “custom contour” bodies, also, for which Stratocaster was famous, gradually became less and less elegant and ergonomic.
When CBS bought Fender, one of the first things Don Randall wanted to do was to make their own tuning machines, thus avoiding buying the Klusons.  Forrest White stated in his book that he had the idea of the design of new keys that would be mounted easily on the six-in-a-row headstock with the use of two screws.
According to Forrest, Fender bought West German gear-hobbing machines to make the gears for the keys they wanted to make.  The gear-hobbing machines were set up in Race and Olmsted’s Tool & Die shop, which made the parts for Fender because the machines had to be operated by trained machinists, and Fender didn’t have employees with that particular skill.  Forrest also claimed that Schaller, the German company, copied his design in making some of their keys – although a few former Fender employees remember they were supplied by Schaller and shipped from Germany in the typical Schaller orange boxes.​
Around 1968, Fender gradually began to replace the thin nitro lacquers with thicker polyester layers, initially only as a clear coat.  Polyester was very easy to use: it dried very quickly, speeding up production times, and adhered well to the guitar, incorporating it in a sort of rubbery sarcophagus which made the Stratocaster more resistant.  In the '70s, when the finishes were known as thick skin due to their thickness in opposition to the old thin skin, Fender made such a disproportionate use of the polyester that the Air Quality Management District and the Environmental Protection Agency told the company to change the way it was applied to limit the pollution produced!  So, in 1979, Fender decided to try a water-based finish, but the result was disastrous: the new finishes broke after a few weeks, stirring up the resentful reaction of distributors and guitarists and resulting in strong economic losses.
But the worst misstep was committed in 1971, when a new bridge and new saddles made of a lower quality and much cheaper metal alloy, which, according to some, corresponded to Mazak, replaced the old Synchronized Tremolo.  Unlike the previous one, consisting of two pieces in which the inertia bar was screwed to the base plate, the CBS one was made of a single piece of die-cast metal.  The use of the molds for the bridge and for the saddles speeded up the production times, but considerably worsened the quality of the Synchronized Tremolo.
By the end of 1974 the pickups also changed: the old staggered poles were replaced with flat poles, in which the magnetic poles all had the same height and they touched the pickups’ cover.  The microphonic pickups occasionally gave problems.  Indeed, while in the '50s and '60s the wound coils of the pickups were immersed in the wax after just a few windings, during the CBS management, this was done sometimes much later causing issues that were only solved in the '80s, thanks to Dan Smith.
By now the Stratocaster, despite maintaining its former structure, was no longer the same, especially since the second half of the 1970s.  Even the woods used were different, the bodies were rather heavy and, at the production level, faults and approximations previously present rarely, in the less fortunate models, were frequent.
In 1975 the classic white color of the plastic parts was replaced by black, considered much more fashionable.
Not everything was negative in this period: in 1977 the 5-way pickup selector replaced the classic 3-way one.  But in reality this wasn’t a deep innovation because even before that many guitarists stopped the selector in between positions to take advantage of the metallic and muted sounds given by the combinations of the pickups.
At the end of the '70s the fashion of “customizing” their own guitars, changing even the most insignificant components, flared up among guitarists, because they were convinced that the standard equipment was not adequate.  This made Di Marzio’s and Seymour Duncan’s fortune, as they invaded the market with their pickups.  Brass hardware was also very successful as it was thought to improve sustain.  There seemed to be no end to what could be replaced with this material, (bridge, tuning machines, tremolo bar, screws, knobs, etc.), so that even Fender in 1980 presented a whole line of brass products.  However this did not prove sufficient to awaken the interest of guitarists in CBS signed Stratocasters.
Antonio Calvosa
​