Stratocaster rise in the pre-Cbs era

In 1954 the foundations of rock and roll had been laid. Television, radio, and long-playing records had arrived.  On January 4, 1954, Elvis Presley's first commercial recording session took place at Sun Records, Tennessee.  In April, Bill Haley & His Comets released “Rock Around the Clock,” the first rock'n'roll record heard by millions of people worldwide.
The time was ripe for the Stratocaster’s success.
In 1957, the 21-year-old Buddy Holly and his Stratocaster first appeared at the Ed Sullivan show.  Certainly, his television appearances increased the sales of Stratocasters.  However, despite his enormous contribution to the spread of the Fender brand in the 1950s, Buddy Holly did not enter any catalog until 1982.  This probably due Randall’s conservative tastes being little inclined to rock'n'roll.  In fact, he preferred to use more traditional artists to promote his products.  Unfortunately, Buddy Holly died prematurely, in February 1959, along with another Stratocaster-loving musician, Ritchie Valens, a Mexican-born guitarist famous for his performance of La Bamba.
Business was going so well that in 1956 Fender built four more plants on South Raymond Avenue and, a little later, Fender Sales also moved to a larger location, at 1536 East Chestnut, in Santa Ana.
In the '60s the fame of the Stratocaster grew even more, due to the surf music of the Beach Boys and Dick Dale, the left-handed guitarist famous for his Misirlou and Let's go trippin', who used to play a Stratocaster connected to a Showman amplifier, driven to crazy volumes, and to a Fender reverb unit. 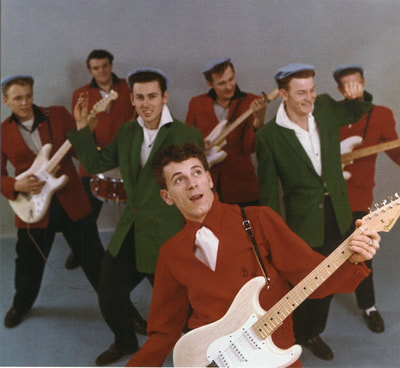 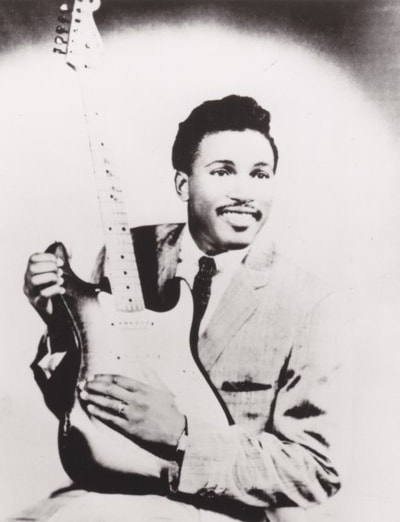 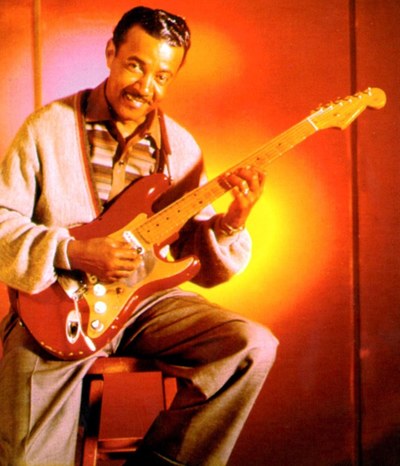 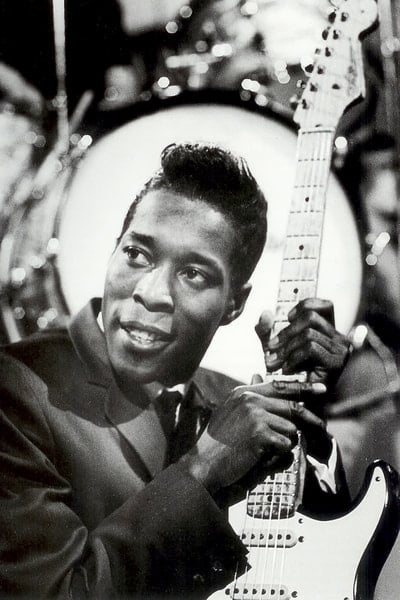 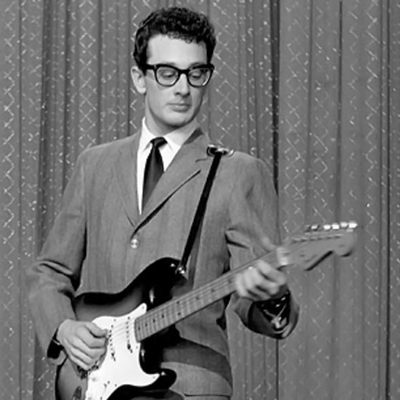 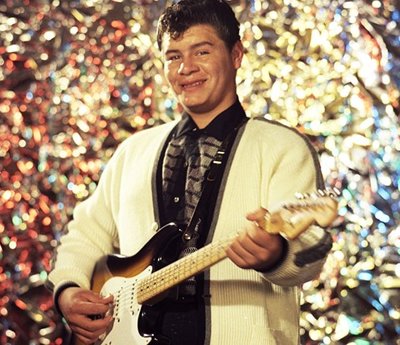 THE STRAT IN THE UK

In the middle of 1956 Fender started using alder, easier to work, than ash, as the main body wood for Stratocasters that were not finished in Blond.  Because of the more stunning results with ash, Fender continued making see-through blonde Stratocasters from this beautiful, figured-grain wood.
At first, Fender used a two-color sunburst finish.  In mid-1958, 2-Color Sunburst was changed for a 3-Color Sunburst, with red blended between dark brown and yellow.  The following year there were two other important changes: the introduction of Brazilian rosewood fretboards and the replacement of the old eight-hole pickguard with eleven-hole celluloid ones.  Because of its unstable nature, celluloid had the characteristic of turning brown over time, especially if subjected to light or smoke. So, these pickguards were never completely white, but showed a greenish-yellow hue, hence the name of mint green pickguards.
Antonio Calvosa
​ 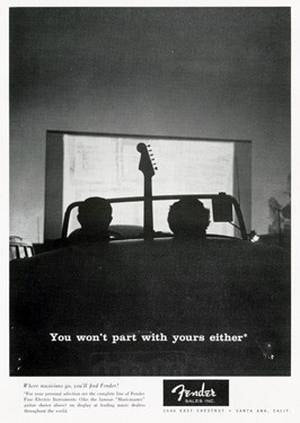 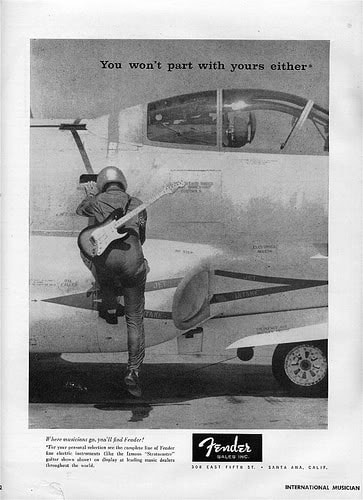 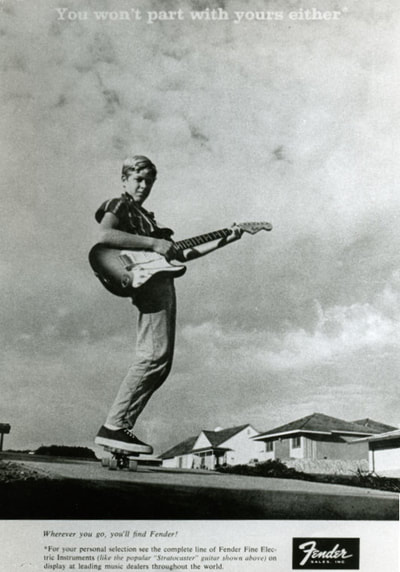 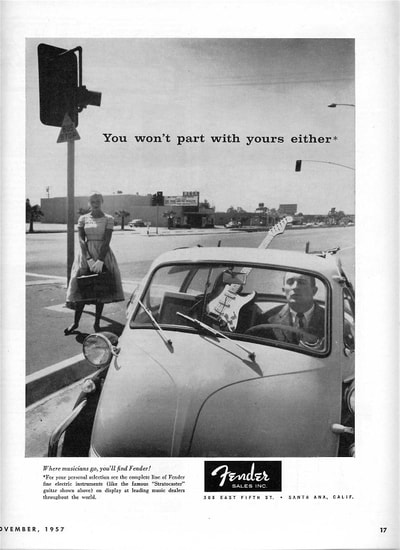 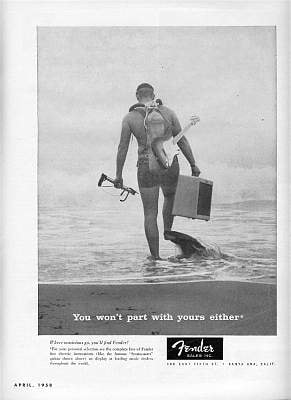 In a period in which musical instrument companies aimed at austerity, the campaign started in 1957 by the agency Perine/Jacoby in Los Angeles, centered on the young, creative and progressive nature of its instruments, was a great success. Bob Perine immediately identified the segment of the population to which the ads were to be destined and proposed the slogan "You won't part with yours either", largely used in the 50s and 60s and rediscovered many years later.
​