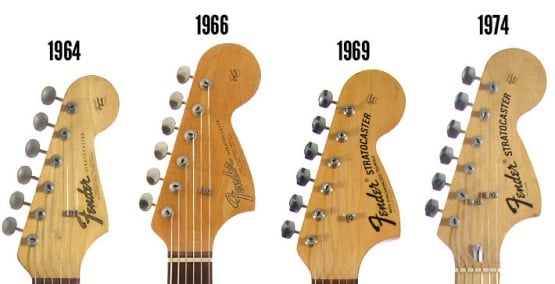 Provided a Fender guitar has not been tampered with or altered, it can be successfully dated by combining the following elements:


Body date usually does not coincide with that on the neck and there is a gap of at least one, two or three months and, in few cases, this gap could be even of one year!  Pot dates can be a useful tool in dating Fender guitars, but it’s important to keep in mind that this is the date that the potentiometer was produced and they may be considerably older than the guitar itself.
Moreover, since a Fender guitar was an assembled kit, it should be considered that its components may have been replaced.  Therefore, dating a Fender instruments requires experience and sharp eye for detail.
Although neck date preceded the actual completion of an instrument by a few weeks or months they are, whenever available, it is commonly considered as point of reference for dating a Fender guitar.​​

Dating a Stratocaster guitar only by its serial number is a common mistake done by most of the guitarists.  In fact, exceptions are not few (just think of the serial numbers "E4", "N9", "SE" or "MSN").
First of all, you have to identify what model is your Fender Stratocaster.  The easiest way is to look photos and the specification in the reference database of Fuzzfaced.  If you know what model is your Strat, its evolution and its changes over the years, and comparing them with the serial number, you can get a quite good dating.
However, looking for the date found on the neck is the most affordable way to know how old is your Fender Stratocaster.